Mr. Truong Trong Hieu is a lecturer, expert, researcher in competition, comparative, commercial law. He had many studies about Vietnamese and Japanese law. He is a Master's and Ph.D. student fellow in Law working in Japan now. 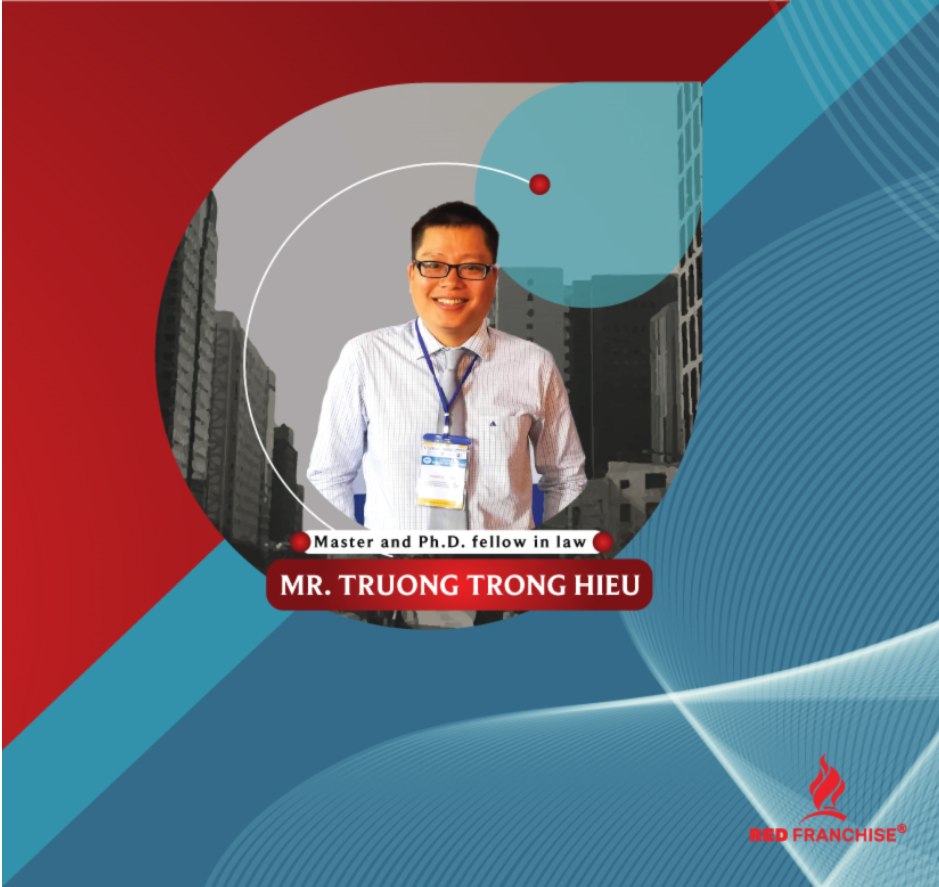 Mr. Truong Trong Hieu was the keynote speaker of three seminars on the topics of the correlation of laws and Japanese culture when comparing it with the franchising activities in Vietnam as following:

In the process of economic development, Japan has pushed into investing in Vietnam. For Japanese investors, Vietnam possesses many unique and strong points to become a potential market for them to expand their business network that includes the big market size; the steady level of market growth; the personality, manner, and progressive spirit of the Vietnamese labor that are favored by the Japanese. Because of these reasons, Japanese investors are easy to choose to invest in the Vietnam market than in other markets.

Moreover, Japanese investors often take pretty much time to find out the Vietnamese features of law, justice, and culture. Mr. Truong Trong Hieu emphasizes strongly on determinating the right laws applying to contracts. Because the majority of the Japanese investors are the franchisor, they would like to apply Japanese law to their partner when adjusting the contract. The challenging problem here is whether Japanese law could be applied to and enforced or not in case of occurring legal disputes in Vietnam.

Japan has no official, united, synchronized document of regulation, adjustment on franchising activities but in a few ones that mention this sporadically such as The Small and Medium Retail Business Promotion Law, The Antitrust Law, The Competition Law, The Japan Fair Trade Commission’s Guidance of Franchise, Law of Commercial Transactions, Patent Law,...but in return for this, Japan had its Franchise Asociation (JFA, 1072) that plays the important role in suggesting ideas and solutions building and improving the general Japanese law as well as commercial franchise law especially. It’s different from Vietnam that has many documents of law regulating commercial franchise activity especially. This is the main reason that enables Japanese investors to have troubles when conducting their franchise brands in Vietnam. The three key problems make difficulties for the Japanese investors when conducting a franchise business in the Vietnam market include (1) The regulations of franchise registration, (2) The usage of foreign currency regulated in contract (must have to use VND), (3) The language usage in the contract (The commercial franchise contract must have to write in Vietnamese.)

The seminar on 25 May 2019: the investment state and trend of Japanese investors in the Vietnam market

Mr. Truong Trong Hieu advised that the investors have to be careful of choosing consulting legal partners when investing in a franchise in Vietnam. Besides, he shared with the attendees some successful Japanese franchise brands. For instance, Shiseido that known for the product quality and careful consulting service. Nowadays, Shiseido has developed broadly worldwide in the franchise method. Until now, Shiseido has experienced so many ups and downs to expand its franchise network. Especially, for the franchisees who did not comply with their franchise regulations, Shiseido was so strict and tough to require them to abide by franchise law, policy, and contract. Shiseido also protected its brand by strong measures such as conducting the lawsuit of trademark infringement (1994). Shiseido is an outstanding brand in complying with the Japanese franchise regulations strictly that the Vietnamese need to take note and draw a lesson from that.

Known for the deep outstandings of Japanese law and culture as well as the calm, gentle, trustworthy style of the typical Japanese people, Mr. Truong Trong Hieu who is a franchise expert of Red Franchise International always is willing to support the Japanese investors to acquire the successful and sustainable  investment journey in the Vietnamese franchise market.