SHH, DO NOT CALL “FRANCHISE” 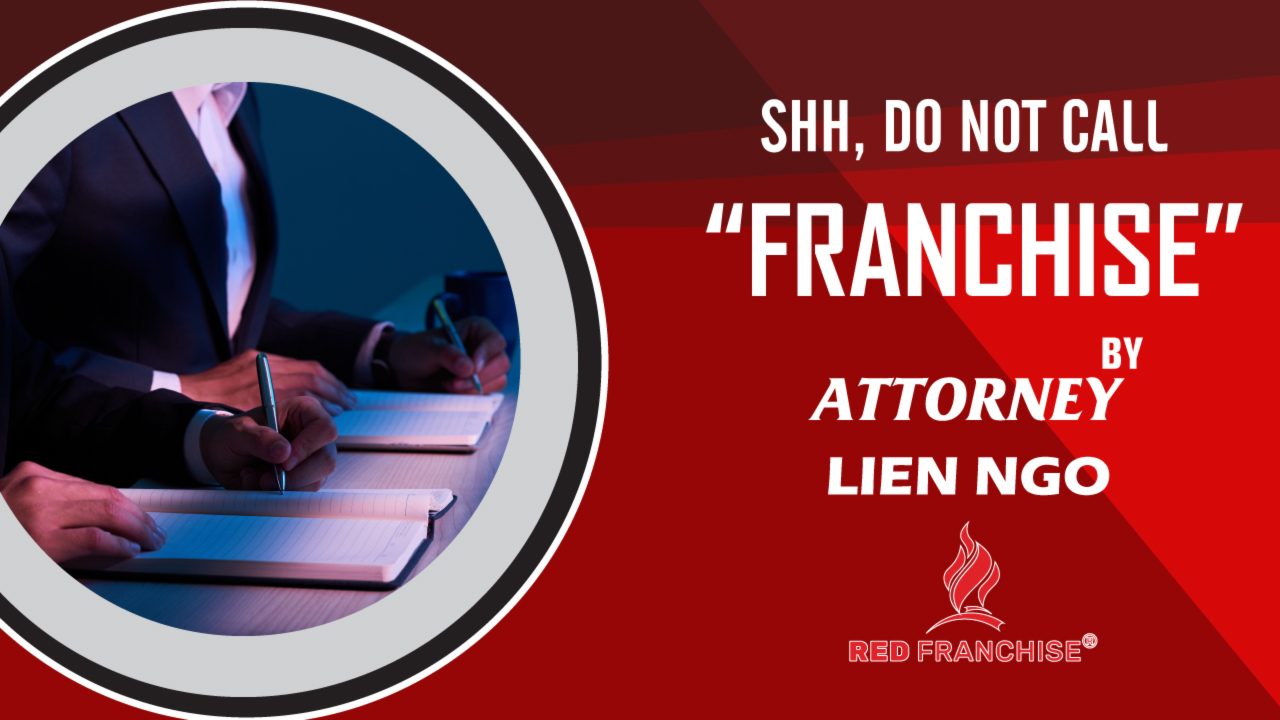 Under the laws of many countries provided franchise registration before doing a franchise business, with certain conditions adherent. Vietnam is one of those countries. During the long journey of giving legal advice for franchise business, we notice that many people don’t aware about this condition, unfortunately; while some other-knowing about that saying like: “Well, we are going to do franchise first, then register later”; Or “Can we call our relationship/agreement in other name instead of franchise? Of course, we are doing franchise really”. The franchisor may concern about time, fee or other resources cost by engaging in the registration process according to the law. So “ignore it” is considered as a good option.

For those who know but try to call it in a different name like “licensing” for example or any other way like BCC according to the advice of their attorney, finally could not help them to run away from the fact that they are violating franchise regulation.

We will bring you to one outstanding trial case in Malaysia:

Defendant-Franchisor said they have never offered anyone franchise business nor Franchise Contractual Agreement, but Licensing Contract, and showed the contract signed by both parties.

The case wrapped up by the Court saying: either expressed or implied or under another name like ‘licensing” or likewise by which:

Fourthly, in return for the grant of rights, the franchisee may be required to pay a fee or other form of consideration.

By four factors that existed above listed in sign agreement and executed by both parties, in fact, The Court decided to “return” the original status of the contract was: Franchise Contractual Agreement. By doing this, of course, franchise registration was compulsory. By failing to do so, Franchisor did not meet legal condition of doing and offering to sell franchise business in the role of a Franchisor, Hence transaction was invalid, the parties have to restore everything to its original state and shall return to each other what they have received including many hundred thousand dollars franchise fee and royalty paid to Franchisor.

The case then went on with many other claims of other Franchisees who also bought a franchise unit from the Franchisor. Especially, who was not doing an expected revenue and intentionally to escape from the business with as much money returned as possible. Then yes, Franchisees got the return thank to this trial, and Franchisor’s business collapsed due to his ignorance and underestimation toward legal factors.

Now, back to Vietnam, we have not yet had precedence like the fore saying case. However, according to the Commercial Law, Decree 35/2006/NĐ-CP, Decree 08/2018/NĐ-CP, Decree 120/2011/NĐ-CP, Circular 09/2006/TT-BTM provided the condition for franchising activity, and the Decree 185/2013/NĐ-CP provided Acts of law violation and competence to handle violations, everything is enough well-defined. Therefore, franchisors must take a look before presenting on the table franchise offer. And Franchisee must get to know whether the one presented on the table is registered or not.